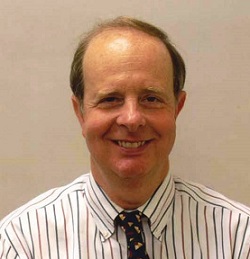 Professor James Patterson is a Professor of Pathology and Dermatology and Head of the Department of Pathology at the University of Virginia, as dermatopathologist. He graduated medical school at Johns Hopkins University in Baltimore, Maryland in 1968. From 1968 to 1972 he specialized and gained a doctorate in Medical College of Virginia (now Virginia Commonwealth University School of Medicine, Richmond, Virginia).Nowadays he is a specialist in Pathology and Dermatology and has many certificates of practical and scientific courses, including the Virginia State Board of Medicine (1973), New York State Board of Medicine (1978), American Board of Dermatology (1977); American Boards of Dermatology and Pathology, and in Dermatopathology (1980) and many others.
From 1976-1979 he is the head of the department of dermatology at Keller Army Hospital, US Military Academy, West Point, NY. In 1979 he became head of training in medicine there. 1980-1982 worked as a dermatologist and assistant professor in the department of dermatology at Fitzsimons Army Medical Center, Aurora. At the same time, he is practical instructor of dermatology at the University of Colorado Medical Center Denver. During the period 1982-1989 James Patterson acquired a degree “Associate Proffesor” of dermatology and pathology and became head of the dermatopathology unit. In the period 1989-1992, he acquired a degree “Professor” of pathology and dermatology and dermatopathology. From 1992 to the present moment, he is a professor of pathology at the Medical University of Virginia, where he used to worked until 1996 as dermatopathologist.
Prof. Patterson is a member and honorable member of numerous national and international associations and societies, including the American Academy of Dermatology (Chair 2006-2007, the Board of Directors 2007-2010), American Association of Dermatology company in dermatology research and the company of military dermatologists. Vice-Chairman (1988-1989) and Chairman (1989-1990) of the Society of Dermatology in Virginia, a member of association of Pathology in Virginia, the American Medical Association, the US Academy of Pathology and many others. Prof. Patterson has many achievements and contributions in the field of dermatopathology, and numerous awards, honors and titles, both in the army and in medical science, including program leadership development program of the National Dermatology, 1975 and 1976 , numerous medals for achievements in the military, award by the Association of Dermatologists military in 1983 (for “panniculitis”; see Bibliography), Best teacher in the musculoskeletal system, in 1989 and 1990 by medical student classes 1991 and 1992, Excellence Award in Teaching 1989, nominated by the American Academy of Dermatology (with five others) for membership of the National Council on Radiation Protection and Measurements, 1993, as well as numerous other honors in global and American Association of Medicine and Health; American education; Science and Engineering, Best Doctors in America, Top Doctors-America 2005, America – Top Dermatologists, Research Council of America, Top Dermatologists in Sharlotesvil, Virginia International Association of Dermatologists (IAD), 2010 Excellence Award in the field of teaching dermatopathology, Top Doctors, Virginia Living Magazine, 2013, 2015, Top Pathologists in Sharlotesvil, Virginia International Association of Healthcare Professionals, 2015 and many others.
Prof. Patterson is a member of the American Board of Dermatologists, editor and reviewer of many prestigious scientific journals. Author of over 300 scientific articles and abstracts in international journals comprehensive resource, guest of honor and guest speaker at numerous international scientific conferences and universities, author and co-author of 6 books and over 37 book chapters.