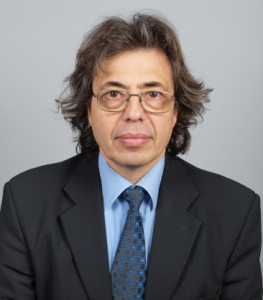 Dr. Yavor Grigorov was born in Burgas in 1960 – a fourth-generation medic. He graduates from secondary school and his regular military service at the naval school in his hometown. In 1986 he graduated from the Medical Academy in Varna, where he is active in the field of orthopedics and traumatology and participates in scientific works awarded with prizes in the student sessions of the Technical and Scientific Creativity of the Youth. He works consistently at all levels of the Bulgarian healthcare system. Acquires a major in Orthopedics and Traumatology and Sports Medicine. She has a post-graduate qualification in Spine Surgery and Joint Endoprosthesis. For eleven years he has been a chief of the Orthopedics and Traumatology sector at the University Hospital in Sabrata, Libya, and is a consultant at the African Cancer Institute in the same city. For his work he was awarded an honorary diploma. Protects a dissertation on bone infections and earns a Doctor degree. Member of the Union of Scientists.
Since 2011 she has been working at Lozenetz Hospital and is a general assistant at the Medical Faculty of the Sofia University “St. Kl. Ohridski “. Author and co-author of 30 scientific publications in Bulgarian and international scientific journals. He has a serious clinical experience in the diagnostic and surgical therapy of advanced skin cancer with acral location, as in the diagnostic and therapy of subcutaneous tumours with secondary cutaneous involvement.