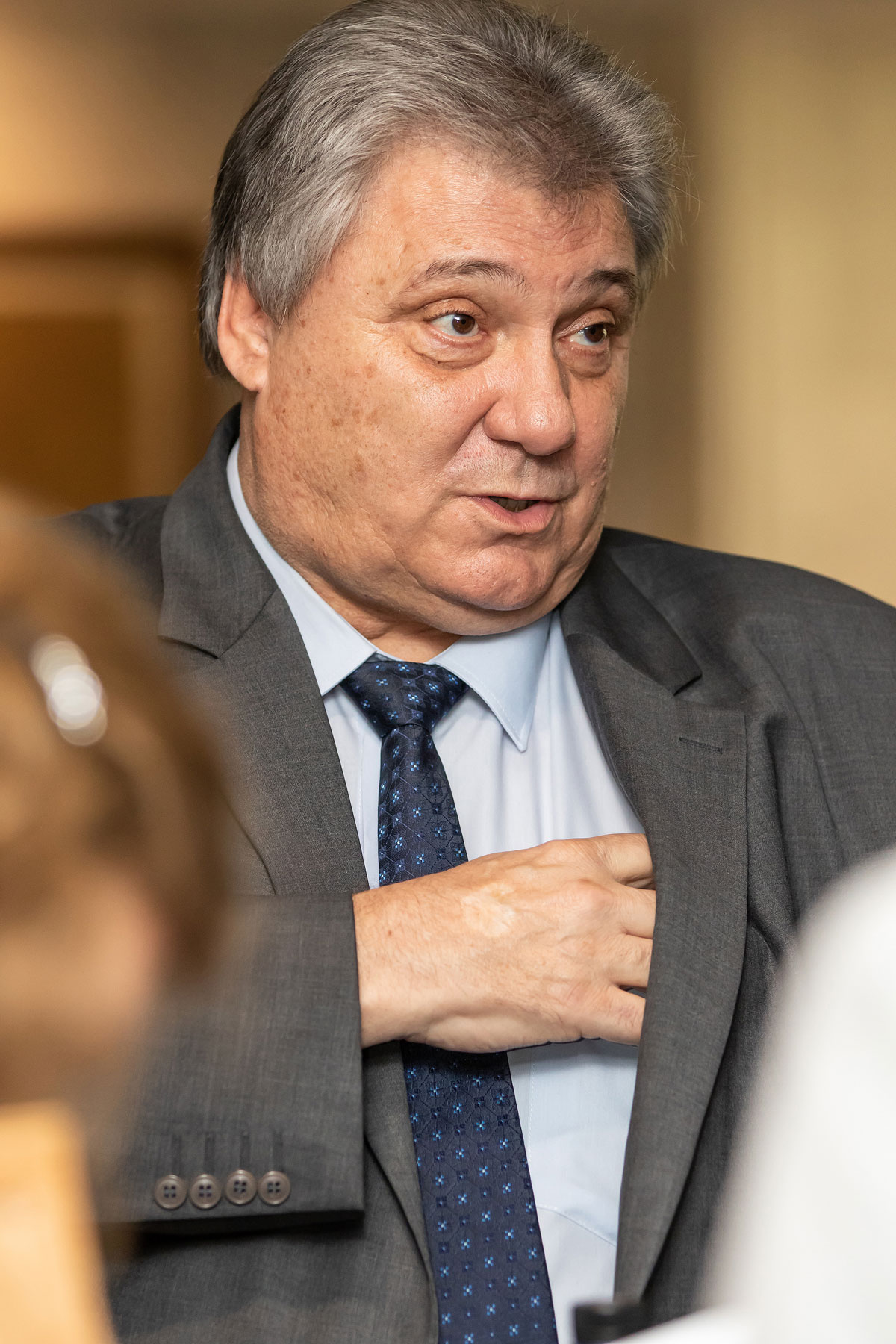 Senior Commissioner Professor Dr. Iliya Atanasov Batashki, MD was born on March 11, 1960 in the village of Debrushtitsa, Pazardzhik region. In 1984, he graduated with a Master’s degree in Medicine at the University of Plovdiv. He acquired a medical specialty in Surgery in 1990, and later in 2001 a second specialty in Health Management. He started working as a surgeon in 1984 in the Surgical Department of the Regional Hospital – Peshtera, where he worked until 1987. In 1987, Prof. Dr. Batashki, Ph.D. was appointed after a competition for an assistant in the Clinic of General Surgery – Department of Propaedeutics of Surgical Diseases at the Military Medical Academy – Plovdiv. In 1995 he was appointed for a director of the Regional Hospital – Plovdiv until 1997. In 2005 he defended a dissertation for obtaining a scientific and educational degree “Doctor” on the topic “Quality of medical care in the surgical units of MBAL “Plovdiv” AD”. In 2006 he was habilitated and received the scientific title “Associate Professor” in the scientific specialty “General Surgery” – 03.01.37. Medical University – Plovdiv. Since 2001 he has been Deputy Executive Director of MBAL Plovdiv AD- Plovdiv, and from 2005 to 2009 he has been Executive Director of St. George Hospital EAD. For the period 2009 – 2012 he was the Manager of the Second City Hospital “St. Pantaleimon”- Plovdiv. In June 2014 he was elected to the academic position of “Professor” in the scientific specialty “General Surgery” – 03.01.37. to the Medical Institute – Ministry of Interior.

Senior Commissioner Prof. Dr. Batashki, MD was a Member of the 38th and 42nd National Assembly, while at the same time a member of the Health Committee of the Parliament.

Professor Dr. Iliya Atanasov Batashki, MD is a researcher with long teaching and managerial experience in the field of healthcare and a doctor with great professionalism and significant public activity, with a large volume of scientific output, with very good performances as a teacher, participating in writing textbooks, manuals and monographs. He is a very well-trained diagnostician and a good operator, a highly ethical colleague, adheres to mutual tolerance and understanding as well. He has good professional self-confidence persistence in his further development and deepening of his professional competence. He is respected by patients and colleagues.

He is the author and co-author of over 180 articles and publications in the field of emergency surgery, plastic and reconstructive surgery, social medicine, gynecology, internal medicine, health management and pathology.

He is a co-author of textbooks in surgery for medical students, students of dental medicine and emergency surgery – three issues and the 2nd revised edition of Special Surgery under the editorship of Prof. Dr. Yaramov, MD.

He is also a co-author of a three-volume monograph “Plastic – Reconstructive and Aesthetic Surgery” edited by Assoc. Prof. Dr. Georgi Paskalev, Ph.D. He is also a co-author in the monograph “Lumbar Hernia – Choice of operative method of treatment” edited by Prof. Dr. Nikolai Yaramov. Prof. Dr. Iliya Batashki, Ph.D. is the editor of the textbook “Ventral and postoperative hernias” and “First Aid” / Textbook for employees of the Ministry of Interior /, also the co-author of the textbook “Contemporary aspects of hospital management”.

During the period 2007-2009 he was a member of the Specialized Scientific Council at the Higher Attestation Commission on Theory and Methodology of Physical Education and Sports Medicine and Kinesitherapy.