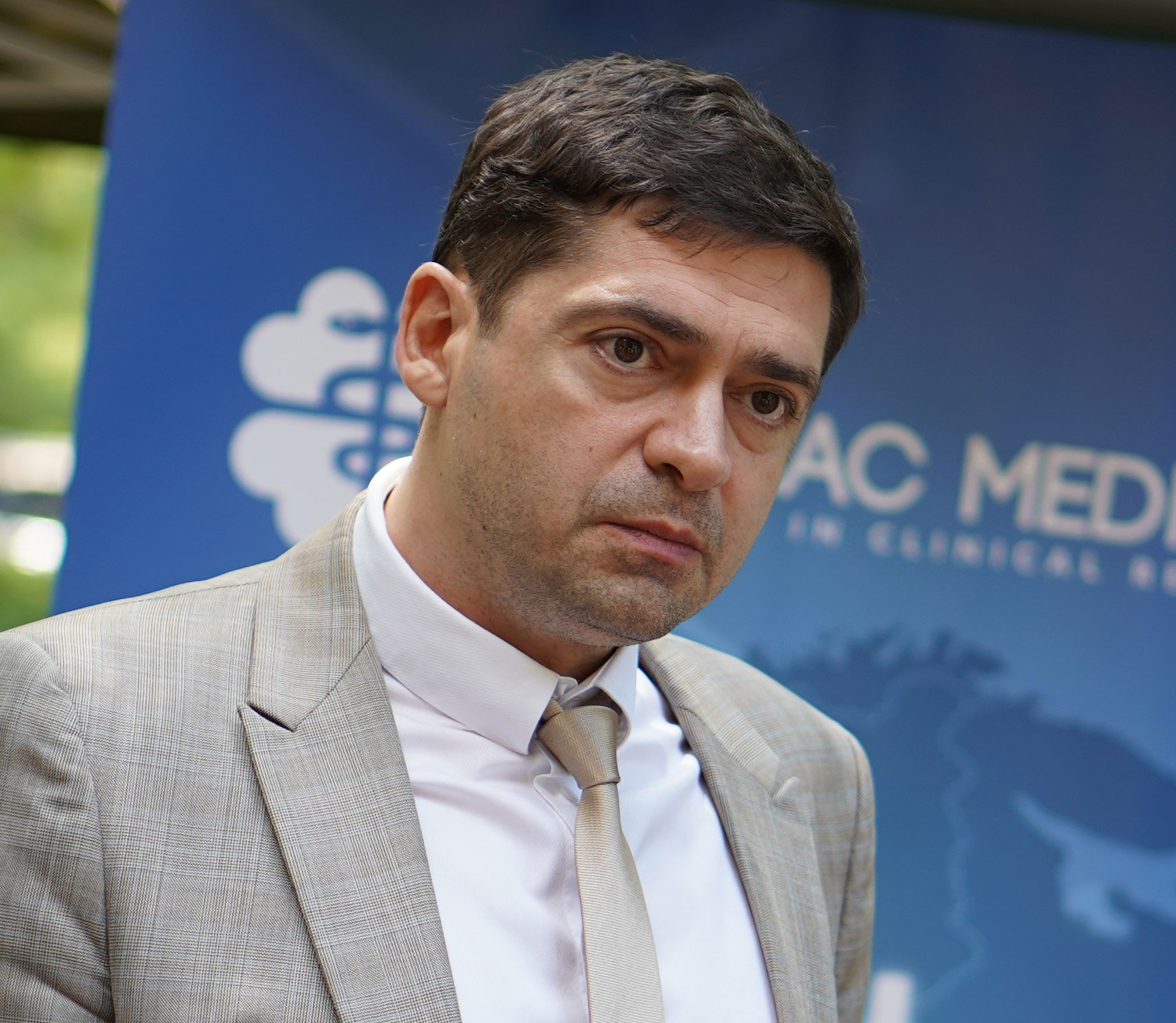 Milen Vrabevski, MD is а Bulgarian innovator, entrepreneur and change maker. He is owner and CEO of Comac Medical, the largest full service CRO/SMO in South-Eastern Europe with own structure and activities in 21 European countries.

Dr. Vrabevski was born in Varna, Bulgaria where in 1995 graduated the Medical University as a qualified MD. He started his career in the Department of Surgery of Varna District Hospital as a Junior Doctor. 2 years later, he established his CRO Comac Medical being one of The R&I pioneers in Bulgaria. In 2002 he became a member of the Drug Information Association (DIA), founder and President of the Association for Good Clinical Practice and Development of Clinical Trials and active member of the EFGCP Ethics Working Party.

Dr.Vrabevski took part at the EFGCP Discussion on the Commission proposals, regarding the Implementing of Directive 2001/20/EC in Brussels, Belgium. During the same year, he was assigned to be in charge of opening an ACRP Chapter in Bulgaria.

In 2004 he became Member of the Advisory Council of the EFGCP as well as DIA Chapter Task Force responsible for Central and Eastern Europe. He was Co-Chair of the First National Ethics Committee Members Training. Vrabevski, MD became also European Co-Chair of the DIA Clinical Research SIAC (2005) and a member of the DIA Advisory Council Europe (ACE) (2006). He sponsored and organized the 1st National Training on “Ethical and Regulatory Aspects of Good Clinical Practice in Investigator Practice”, Skopje, Macedonia. Dr. Vrabevski is a Co-Chair of the First Workshop in Eastern Europe “CDISC European Educational Roadshow”, co-organized by the Association for GCP and Clinical Research Development & Clinical Data Interchange Standards Consortium (CDISC) in Sofia, Bulgaria. He is main consultant on harmonization with the EU Legislation of Kosovo and Albania. And an essential part in concluding a Memorandum of Cooperation between the Bulgarian Drug Agency (BDA) and Medicines and Medical Devices Agency of Serbia (ALIMS).

Dr. Vrabevski placed Bulgaria on the map of ‘Horizon 2020’ with a highly innovative scientific project that received the Seal of Excellence by the European Commission. The EC assessment tool IMP³rove ranked his company among the Growth Champions in Europe and the Bulgarian Ministry of Education and Science bestowed its Pythagoras Award on Comac Medical for being the company with largest investment in scientific research.

In 2018 Dr. Milen Vrabevski was invited as a keynote speaker at the Meeting of Ministers of the EU responsible for Competitiveness and Research.

Dr. Milen Vrabevski is a member of Bill Clinton’s Global Initiative and a laureate of the prestigious European Citizen’s Prize for his outstanding contribution to dissemination and strengthening of the European values and multicultural dialogue through unique cross-border initiatives of his Bulgarian Memory Foundation including integration, socialization and European perspective of the young people in Bulgaria, South-Eastern Europe and the Eastern Partnership countries.

In June 2020 – Milen Vrabevski, MD was awarded in the category “Humanism and Inpact Investments” in the competition for National Medical Awards 2020. He is also included among the winners in the annual almanac “Doctors we trust”.