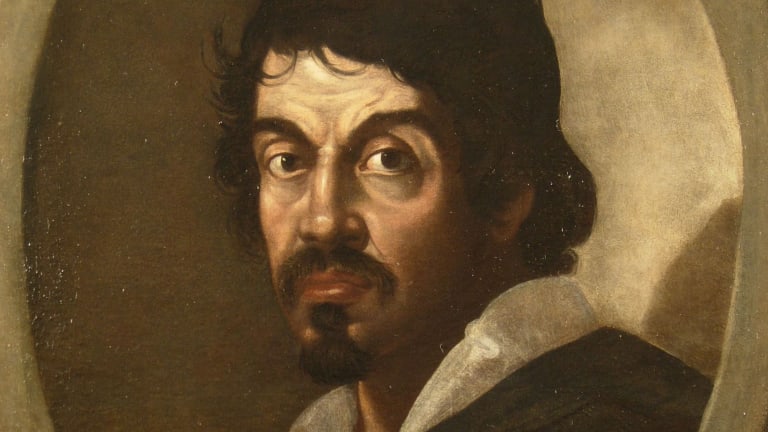 The Baroque artist Caravaggio is famous for gruesome paintings like “Judith Beheading Holofernes.” Yet it wasn’t only his paintings that were brutal and violent. In the early 17th century, Caravaggio went to trial at least 11 times for things like writing libelous poems, throwing a plate of artichokes at a waiter and assaulting people with swords. He eventually fled Rome to escape punishment for killing a man, and died in exile under mysterious circumstances.

Caravaggio was born as Michelangelo Merisi in Italy in 1571. After losing both of his parents to the plague when he was a child, he moved to Rome and started selling his own paintings around 1595. As his profile grew over the next several years, he became notorious for his drinking, gambling, sword-carrying and brawling. Between 1598 and 1601, he was arrested for carrying a sword without a permit, sued for beating a man with a stick and accused of attacking another man with a sword. At least two of these incidents took place around 2:00 or 3:00 a.m.

Around that time, he also developed a turbulent relationship with Giovanni Baglione, a rival painter who once accused Caravaggio of hiring assassins to kill him. In 1603, Baglione took Caravaggio to court for libel. Delighted by the poor reception of a Baglione altarpiece, Caravaggio had written a couple of satirical poems about Baglione’s work and circulated copies of them in the artists’ quarter.

This may sound more like a silly act than criminal one to modern ears, but if you look at the poems, they read a bit like 17th-century social media harassment. Here’s an excerpt (translated into English) about just what Caravaggio thought Baglione and the wife of his friend Tommaso “Mao” Salini could do with Baglione’s art:

Well. Neither Baglione nor “Mao” Salini were impressed with Caravaggio’s prose, so Baglione took him to court for libel. He won and Caravaggio spent two weeks in prison.
Caravaggio’s “Judith Beheading Holofernes”

Over the next few years, Caravaggio went to court for throwing a plate of artichokes in a waiter’s face, carrying a sword and dagger without a permit and breaking a window shutter in the room he was renting. He also went to prison for throwing stones at policemen, cursing at an officer and offending a woman and her daughter. By late 1605, his landlady seized his furniture because he didn’t pay rent for six months, and he apparently wounded himself by literally falling on his own sword.

Then, in May 1606, he killed a man named Ranuccio Tomassoni. Historians have long theorized that the men got into a fight over a tennis match. In 2002, a documentary by art historian Andrew Graham-Dixon suggested they were actually fighting over a female prostitute named Fillide Melandroni (Caravaggio had sexual relationships with both men and women), and that he killed Tomassoni while attempting to castrate him.

“One of the fascinating things is the discovery that particular wounds in Roman street fights meant particular things,” Graham-Dixon told The Telegraph when his documentary came out. “If a man insulted another man’s reputation he might have his face cut. If a man insulted a man’s woman he would get his penis cut off.”

The barber surgeon’s report for Tomassoni’s death reported he bled out through the femoral artery in his groin, suggesting Caravaggio had tried to castrate him, which in turn suggests the fight was over a woman. Whatever the cause, the pope gave him the death sentence, and Caravaggio fled Rome to stay alive.

In exile, Caravaggio continued his career of painting and fighting. In 1608, while still wanted for murder in Rome, he attacked Fra Giovanni Rodomonte Roero, one of the most senior knights in the Order of St. John in Malta. Caravaggio went to prison for the assault but escaped to Naples, where Roero later confronted him and disfigured his face.

In 1610, Caravaggio began to make his way back to Rome while trying to secure a papal pardon for his death sentence. Before he could get there, he died of a supposed “fever” in the town of Porto Ercole at age 38. While no one knows exactly what happened, possible explanations for his death have included syphilis, an infected sword wound and lead poisoning from paint. Fittingly, one of the first people to write a biography about him after his death was none other than Baglione, the man Caravaggio had told to go wipe his bottom with his own paintings.